‘Slovenia has the tools, timing, and temperament to develop AI in Europe’ 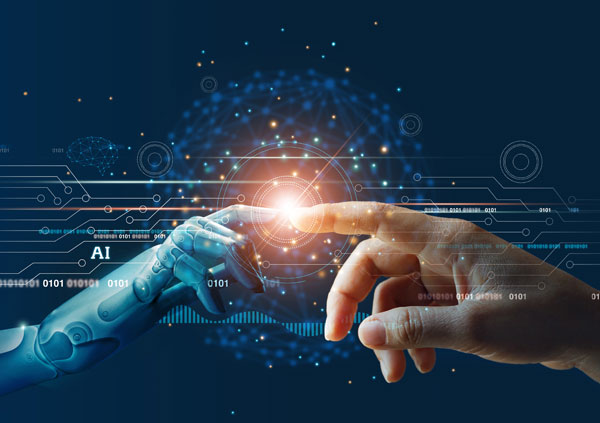 For the second half of 2021 Slovenia will hold the Presidency of the Council of the EU. During the 6-month mandate, Digital Minister Boštjan Koritnik aims to reach an agreement with the other EU countries on Artificial Intelligence (AI), with the hope that negotiations can be continued into 2022. Slovenia’s presidency and aims for AI legislation come at an opportune time, coinciding with the European Commission’s proposal for ‘Harmonised Rules on AI’ which attempts to balance safety/privacy and innovation.

Koritnik has stated that “Slovenia puts artificial intelligence really high on the list and, being sincere, that's because we are very successful in the field”. This is not hyperbole. Mark Minevich, for Forbes, described Slovenia as an “academic beacon of AI” and having an “entrepreneurial spirit and pioneering history”, noting that they have consistently invested in science and technology since the 70s.

Slovenia has been included in the Global Partnership on AI (which also includes all the G7 countries) and has developed a ‘National Programme on AI’, initially published in April 2020, which supports research, helps with market access for new technologies, and aims to create an ethical framework which has the trust of the citizenry. More significantly, in March 2021 they created the ‘International Research Centre on Artificial Intelligence’ (IRCAI) with backing from UNESCO. This will bring together policy makers, scientists, and representatives from private sector companies and civil-society organisations to work on ethical and development issues in the development and implementation of AI. It will also research how AI can be used to achieve UNESCO’s ‘Sustainable Development Goals’ (SDGs).

Slovenia has, then, developed the institutions to become a world leader in promoting AI research and development.

The application in healthcare

All of this is promising for the use of AI in healthcare. One element of the National Programme is the establishment of ‘data spaces’ for health and medicine. Furthermore, the IRCAI’s research programme will be driven by four scientific committees which include one focussed on using AI to assist people with disabilities and another researching the use of AI in vaccine development. It has also produced an AI-powered Coronavirus modelling and visualization platform (CoronavirusWatch) which includes real-time news monitoring, virus-progression models, and social distancing simulators. Slovenia clearly intends to use its global influence and AI-first attitude to benefit medical technology and healthcare in Europe, as well as aiding the Coronavirus recovery effort.

Despite all this promising work, Slovenia’s influence is not concrete. Prime Minister Janez Janša has been known to take to Twitter to lambast journalists and political opponents and offer support for former U.S. President Donald Trump. Such was the unease among EU officials that in February 2021 Foreign Minister Anže Logar was sent to Brussels to assure them that Slovenia’s presidency of the council would prioritize the rule of law and include other priorities such as increasing coordination on health policy.

The inflammatory Tweets and concerns of EU countries belie Slovenia’s true position as a country able to facilitate progress in the research and innovation of AI technology. Its presidency of the EU Council could well expedite EU legislation on AI and, combined with their clear interest in the sector, provide impetus for the development of new AI technology with a potential use in healthcare.